Is synthetic oil better than normal oil? So let’s go straight to that question and see the differences between synthetic oil and conventional oil, which of the two is better and why?

Most of the people know that synthetic engine oil is better that the conventional oil in almost all paragraphs but I am not sure they know exactly why. What is the real difference between synthetic oil and conventional oil? The truth is that almost everything is different.

Both types of engine oil are coming from the ground, we all know that. But the synthetic is not just extracted. It is distilled, purified and “broken down” to basic molecules. This process not only eliminates all unnecessary impurities, but also allows individual molecules to be used for the specific needs of modern engines. All this leads to better lubrication and preserving the engine.

But this is only part of the story, the real magic lies in the exact “recipe” of the individual synthetic oil. So let’s have a look at the specific advantages of synthetic oil compared to conventional:

1. Protects the engine from sludge and deposits

Over the time, the conventional oil may form sludge and deposits , which reduces the engine's efficiency and shortens its life.

Good synthetic oils instead are purified from all unnecessary ingredients and is almost impossible to produce such deposits and sludge, especially if you change your oil as written in your vehicle’s owner’s manual. Not only that but in case your engine already has sludge, the highest quality engine oils on the market are able to clean up virtually all engine sludge in just one oil change. 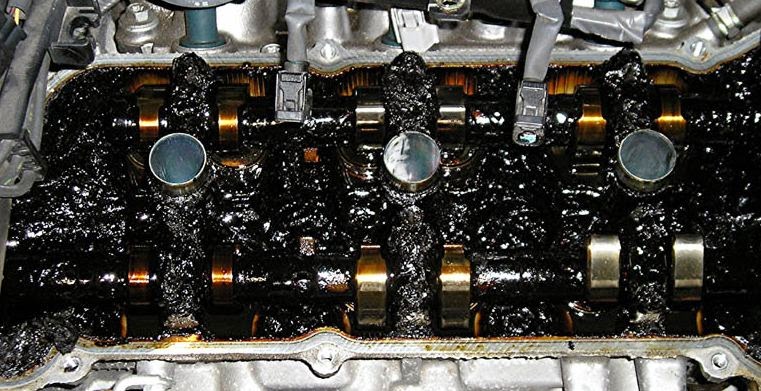 2. Protects the engine from wear and tear

Engine parts are in constant contact with each other and the only thing that protects them is a thin layer of oil between them. At extreme working temperatures or extreme performances, conventional oils cannot maintain this thin layer optimally which results in excessive wear or even damage of the engine. 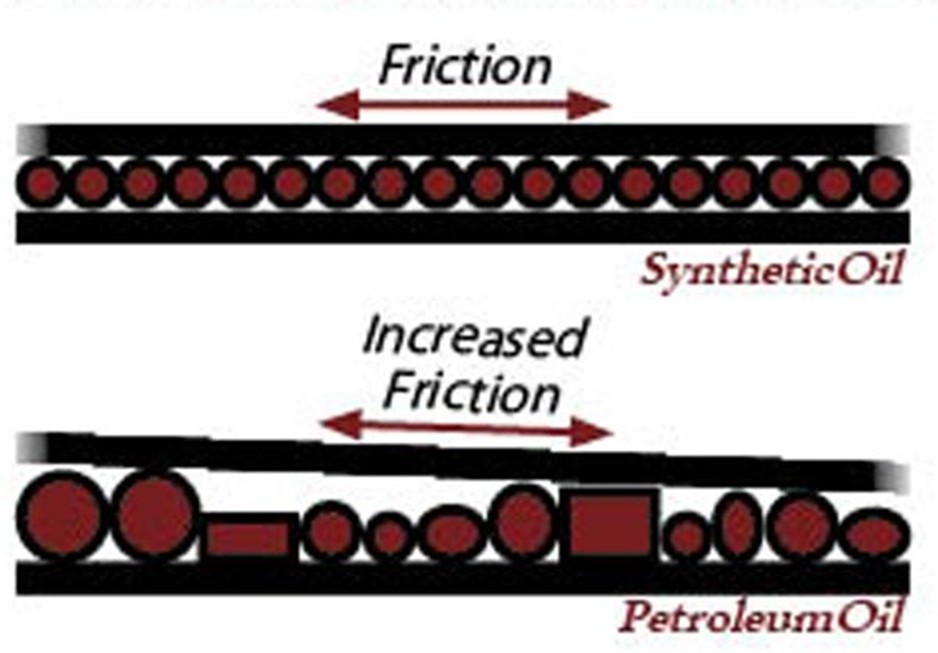 When your car sits for a while, during the night for example, the engine oil drains in the oil pan. When you turn the ignition switch and the engine starts, the oil must quickly rotate through the system and prevent friction between the metal parts.

The difference here is that at low temperatures, synthetic oil performs this process much faster than the conventional oil, especially if the temperatures are low. 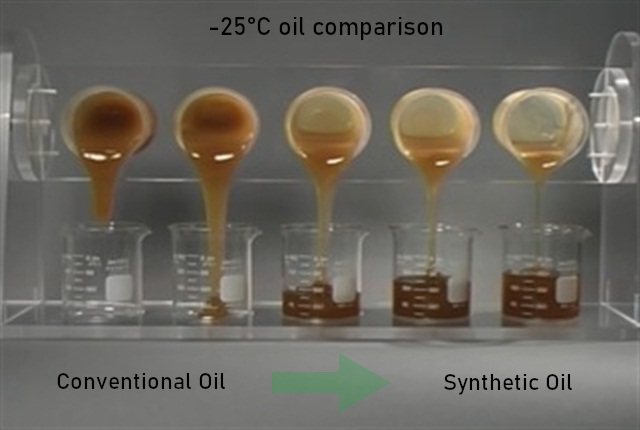 We all know that when the engine is running, it reaches a high working temperature. In addition to lubricating the engine, the main task of the oil is to cool the 300-360 ° C pistons. (see below) With the continuous operation of the engine at very high temperatures, the conventional oil loses some of its properties and even “burns” or simply said disappears.

Good synthetic oils do not have this problem. They can even save your engine from overheating if, for example, the cooling system of your car stops working and the temperatures get extremely high.

Because of the downsizing, car manufacturers began to make smaller engines, and the only way they could produce the power they needed is with turbochargers. We already mentioned the disadvantages of conventionall oil at high temperatures, and now imagine the stress of the engine caused by the turbo. The turbo's temperature is enormous and its wheel makes up to 200,000 rpm! Now you can imagine why it is important that everything is well lubricated, right? 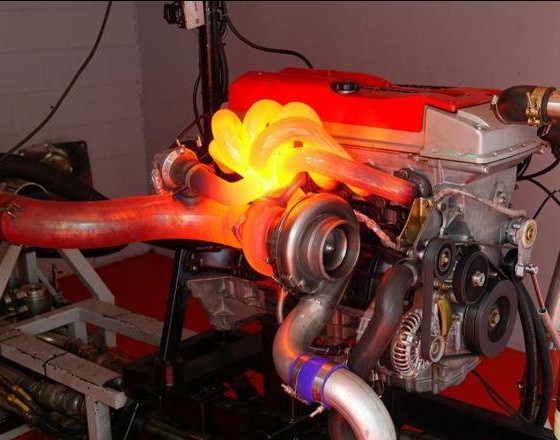 Although there are still cars running with conventional oil, it is simply obsolete. On the market today you can find hundreds of brands and thousands of different specifications of the synthetic oil that are suitable for almost any car. In the end I just want to add that when you are buying a synthetic engine oil, you should not only rely on the best brand but you should also choose your oil by your vehicle’s recommendations and specifications.